skip to main | skip to sidebar

It has begun already!!! Although it ultimately gives me major anxiety...fighting the crowds, searching the stores, etc....I LOVE Black Friday. I love looking at all the ads and trying to decide what I'm going to buy and which store has the best price. I just discovered this year that there's a website that has all the ads that have already been "leaked" so we don't have wait until Thanksgiving day to start forming our game plan!! I'm a little disappointed though because there doesn't seem to be too many deals that I "Must Have". There are a few things that we will go looking for, like movies, cheap pajamas, etc., but nothing major this year. It's still fun though. Check out the website and see what you're willing to get up before dawn, wait in line, and fight the crowds for this year. Or will you just skip it all together?
Posted by Erika at 4:42 PM 1 comment:

Realm of the Tiger 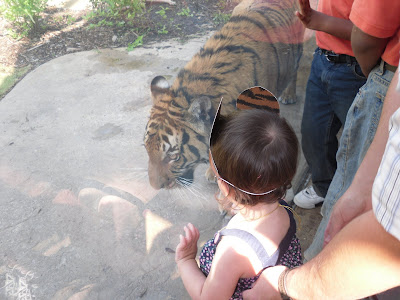 How awesome is that?? Today we got to go to the Grand Opening of the Realm of the Tiger exhibit at the BR Zoo. It was pretty neat. They even opened a new walk through Aviary with some interesting birds. Lily had a blast. I sat her down to get her face painted, but all she got was a black nose. She wouldn't let the girl paint her tiger whiskers. 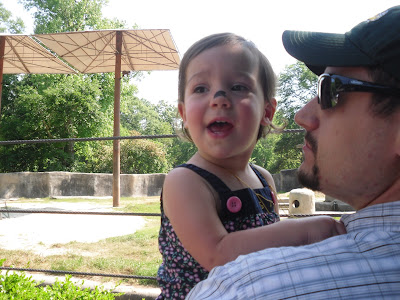 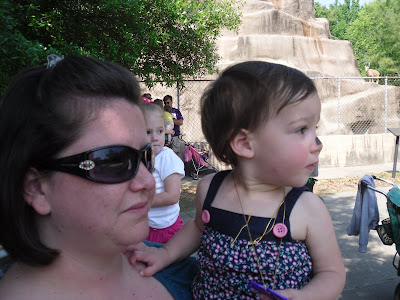 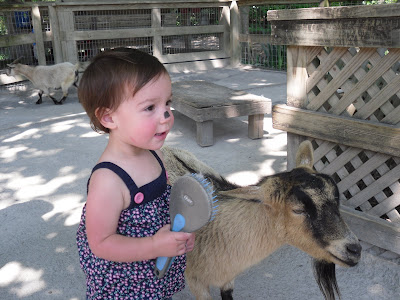 Earlier this week, Lily and I drove to St. Francisville to meet my baby sis Gabby. She and Lyndon were down from Illinois and we wanted to take the opportunity to bring her all of Lily's outgrown clothes for her little baby on the way. Sophie is due in July! Can't wait!!!
Since the McDonald's we met at doesn't have a playground anymore the kiddos turned the back of my car into their own play place! 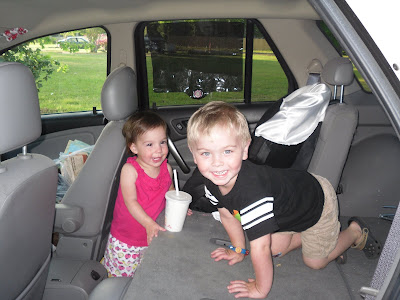 Earlier this month, Clare, Daniel, Jezebel, and bellybaby Norman all drove down from Colorado. We took the opportunity to get all the peeps and kiddos together again. The kids had fun running around and we got to enjoy each others company. It was great to see you girls and your families!! 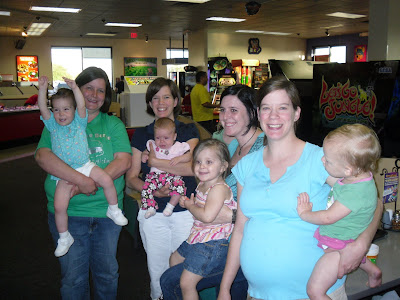 What a little ham!! 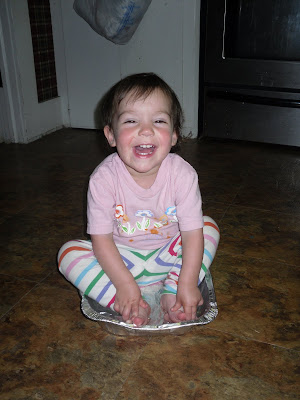 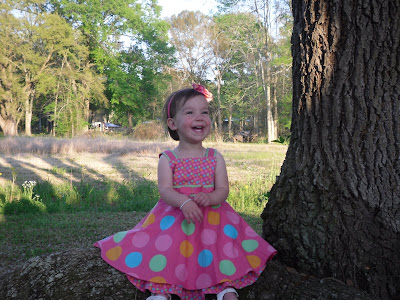 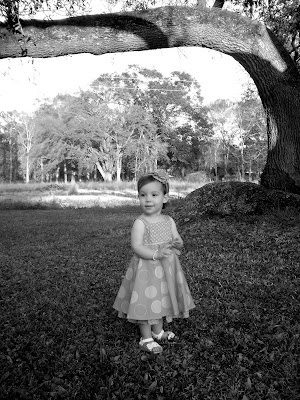 This year we had plenty to do for Easter. On the Wednesday before Easter, Lily's class had their party and Easter egg hunt. She came home with PLENTY of candy and treats! She and I had the day off on Good Friday so we spent most of the day baking and decorating sugar cookies for the Easter Egg Hunt we attended at the McKinney's house. It was a blast. On Easter Sunday, after church we went for some family time at Josh's Grandmother's house in Plattenville. It was a very busy weekend for us, but so much fun!
Posted by Erika at 4:43 PM 2 comments:

Did you miss us?

Well, much has happened since I last posted. That's what happens when you don't post anything new for a couple of months, right? Recently, Josh purchased two used kayaks and has become OBSESSED with kayak fishing. Hey, as long as he keeps bringing home yummy supper, I'm not complaining! I can't wait to go with him! 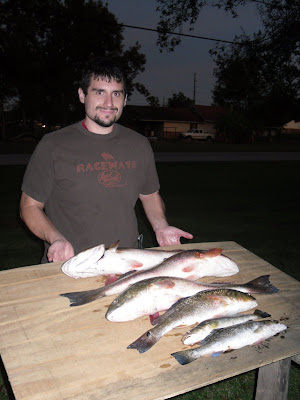 In Lily News, she FINALLY started walking about a month ago (I know I should have posted then, but I just never got around to it). She took her first step on a Sunday night there was no stopping her after that. She took a few more steps each day and is practically running now. This whole walking thing has opened up a whole new set of dance moves for her. If she hears any kind of beat, she's dancing. Even if it's just us saying "go Lily, go Lily" over and over. She LOVES to dance.
She can also say more and more words. She copies just about everything we say.

Her favorite thing to do right now is to get something she know she should have and run from us, laughing. Chase is her game! She gets so giggley she almost can't get away. It's soooo cute. 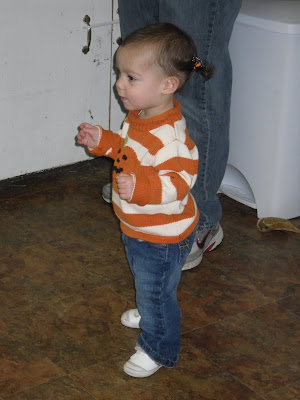 She also LOVES animals. Below is a picture of her in the petting zoo at the Oak Alley Plantation Craft Show. Any time she sees an animal she gets so excited. Even if it's on TV or stuffed, she doesn't care. She starts making these cute little squealy noises and has to get as close to it as possible. 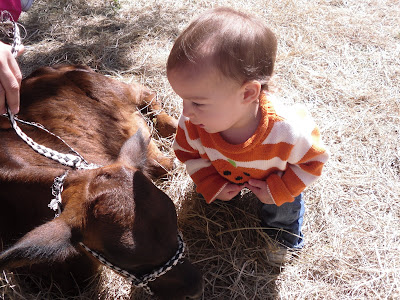 In Erika news, I've been busy trying to sew things for a few little craft markets I'm doing with my friend Janie. We're planning to do several big craft shows in the spring. I'm really excited about it. It's nice to have someone to do it with, instead of having to drag Josh along everytime. I've also been busy at work too. This year my class is ALL BOYS! I had 7 for a while, then I got a new one this Tuesday and another new one will start on Monday, bringing my grand total to 9. Can you imagine teaching/caring for 9 three and four year old BOYS all day. Yeah, it's as bad as you think, times two. Don't get me wrong, they are all good boys, I can't complain about that, but they are just so rough and get each other so amped up without any girls in the mix to calm things down. Ugh! BOYS!!!

Oh yeah, here is a picture of Lily trick-or-treating. She was a candy corn. I didn't get any good pictures of the front, because she was crying during our "photo session". 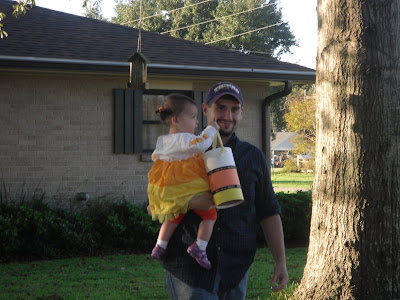 Check out my Lillou Handmade Blog. http://www.lillouhandmade.blogspot.com/ I'm giving away a pair of purple and gold Christmas stockings. They are too cute (if I do say so myself). You've GOTTA enter! You know you want them. They would be perfect for you! :) 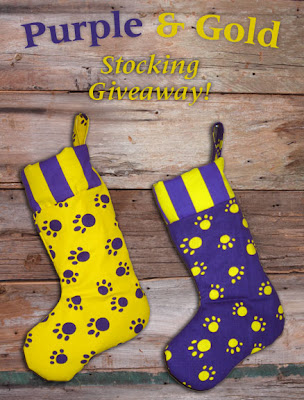